We cook exclusively with cast iron these days.  There is cast iron and then there’s everything else.

A good cast iron pan is one of the most useful tools you can own in the kitchen. It can go from the stove top to oven  to table, keeping food piping hot as it is served.

One of the reasons that I love cast iron pans is because they are timeless. Unlike most modern pots that can easily be discarded, cast iron can become a treasured heirloom, handed down from generation to generation. In fact, we think cast iron is a tremendously thoughtful gift especially with a written note sharing the timeless, enduring and symbolic attributes. With such sentiments intertwined, it is become a coveted and treasured item.

Firstly, make sure you’ve got a good cooking surface, on whatever cast iron pan you happen to be using. If the pan is rusty, or the seasoning has come off, you’re obviously going to have poor results. If your pan is in need of maintenance, or re-seasoning, do it!

Re-reasoning is as simple as cleaning off the pan with some steel wool, coating it thinly with oil, and baking it at 350 for about an hour. Vegetable oil is a common choice, although others may be used. Whatever you use, be sure the oil has a high smoke point. Olive oil is not a good choice, for this reason. 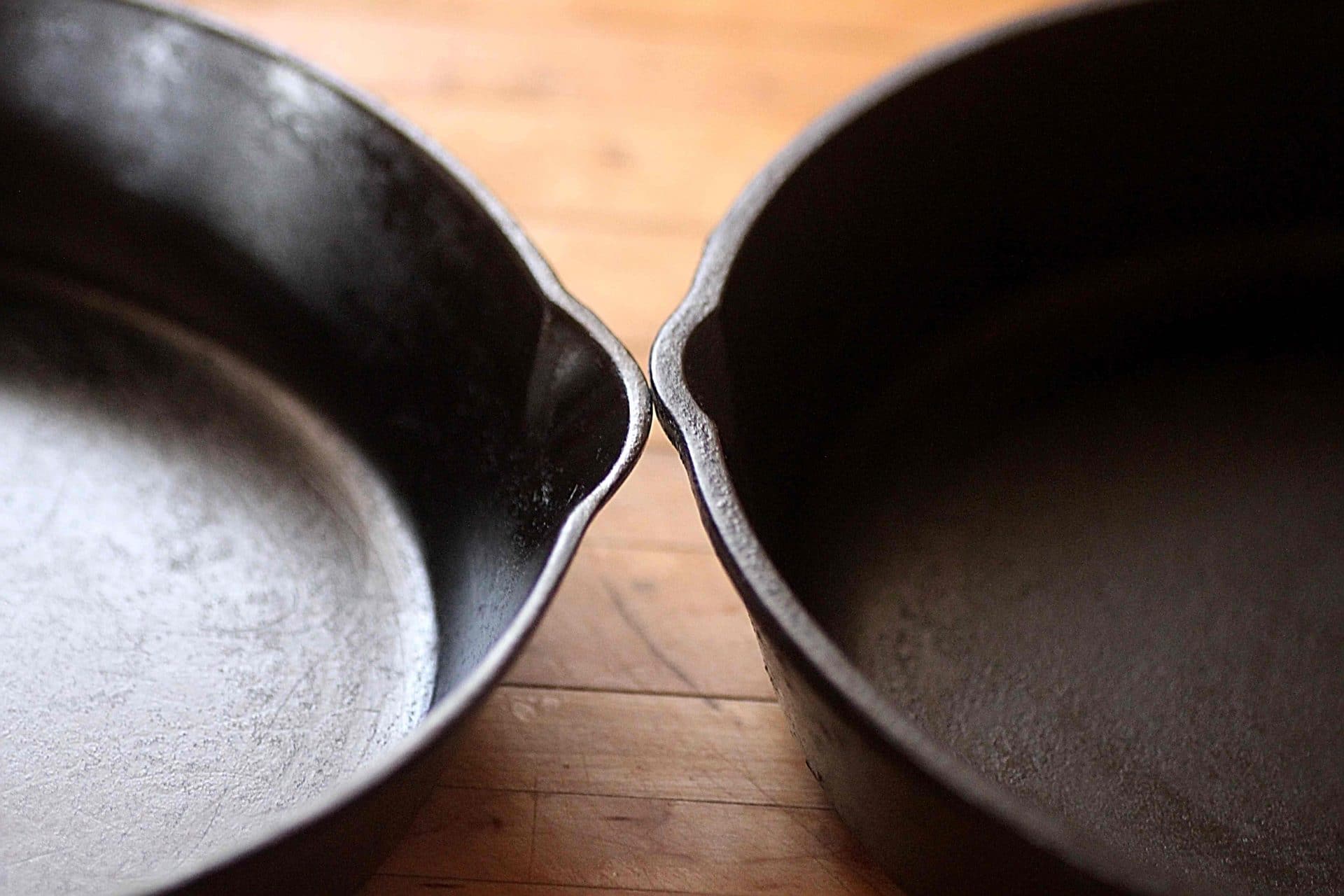 Three factors combine to make cast iron so great to cook off of: the cooking surface of the pan, the cooking oil (or butter) you add, and the temperature. If you combine these three elements in the right combination, you’re sure to enjoy a highly slick cooking surface, one that will make you wonder why you ever used anything else.

– Start with a good pan

– Add heat: bring it up to temperature!

– Add oil: bring on the slickness.

You should be able to cook perfect eggs (of any kind) in a cast iron pan, and eggs are a great way to ensure you’ve got the technique down properly. There should be no sticking whatsoever. Heat the pan, heat the oil and add the food. If the pan is hot enough and sufficient oil is used, you’ll be rewarded with a completely non-stick cooking surface.

If you are having problems with your cast iron pan, for example, things are sticking on you, you’ve messed up on one of the factors. Either your pan is not seasoned well, your temperature is not high enough, or you do not have enough oil in the pan. Proper cast iron, used properly, does not stick at all. If you’re having nightmares with it, you’re doing something wrong. 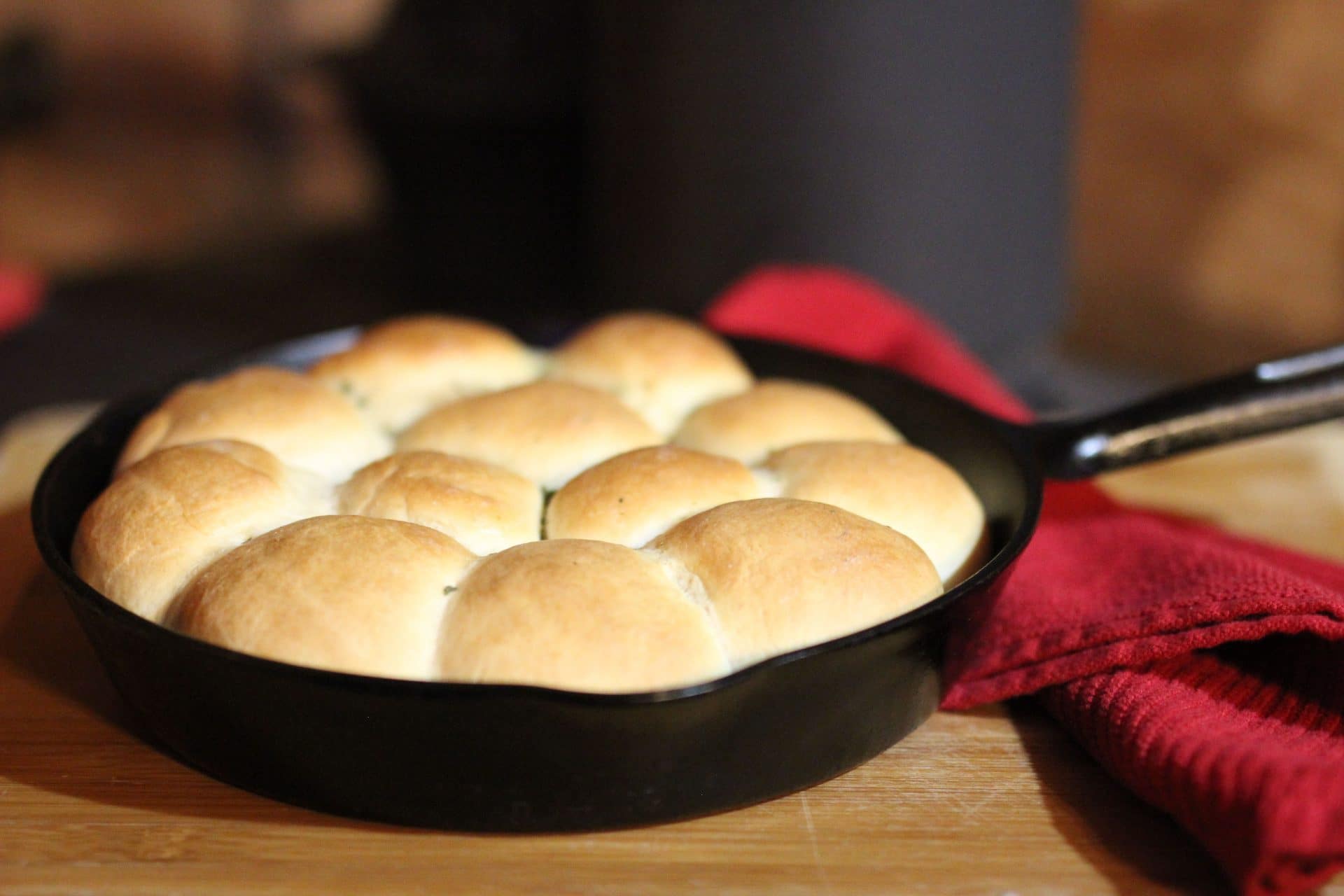 You can find the Lodge 10.25″ Cast iron pan in the US here and in Canada here.

There are all sorts of ideas out there about cast iron: some of it accurate, some of it not. For example, people are told to avoid soapy water, lest it damage the finish. Is this true? Yes and no. A little soap is not the end of the world but leaving your pan to sit in soapy water will turn into a problem.

Is it bad to leave cast iron wet?

Absolutely. When you’re done, clean it and coat it with a thin layer of oil. This will keep it rust free until you next use it.

Yes, acidic foods can eat away at your seasoning, and for this reason, you should avoid simmering tomato sauce in cast iron. Although brief exposure to acidic materials will not hurt your pan, be careful about working with acids for long periods of time. Don’t sweat de-glazing your pan, but do your marinara sauce in something else such as enameled cast iron.

Heck yes it is. Back in the day, a nicer finishing process was used and pans tended to be even more non-stick than today, and often lighter. It doesn’t make a huge difference, but if you have the option of old vs. new, get old!

Can I get the pan too hot?

Yes it absolutely can, and if you leave it too hot for too long your seasoning will be ruined. Be particularly careful if you’re cooking over a camp fire, or with a very high power stove. It’s pretty hard to ruin a cast iron pan. You would need to have the pan very hot, for an extended period of time but it can be done, especially over a campfire when your attention may be elsewhere!

Use if for Everything!

You can saute, simmer, bake, broil, sear: you name it, your cast iron pan can handle it. Learn what your pan can do, and put it to work as much as possible. The more you use your cast, the better your seasoning becomes.

There are dishes that absolutely must be cooked in cast iron: anything less will provide inferior results. Always use cast iron for corn bread, burgers, blackened fish, steaks, scallops and charred vegetables. Oh, and Pomme Anna!

Don’t be afraid of the Smoke

When you sear meats at high temperature, you are going to generate a lot of smoke. This is unavoidable, and with the high heat you can attain with a cast iron pan, you may experience levels of smoke that you have never seen before. Don’t worry: smoke is a good sign!

One of the big benefits of cast iron is the ability to get it really hot for exactly such purposes. So, go ahead and fill that kitchen with smoke: make your extractor work for a living.

Cast iron is wonderful, all around. It’s really hard to go wrong with, especially once you know a few of the secrets. And now you know a bunch of them! So get out there, crank something up to high heat and fill that kitchen with smoke!