A neighbour called us this morning asking me if I had some soil. Having just dug my way into the greenhouse yesterday I was happy to be able to say yes. He told me he was on his way over with an apple tree. An apple tree! It’s the dead of winter so where the heck did he find an apple tree? I had so many question but he hung up before I could dive in.

Twenty minutes later he arrived and imagine my surprise when he pulled out a ziploc bag with a little apple tree seedling in it. He had sprouted an apple seed for me to plant. We have the coolest, nicest neighbour ever!

Can’t have enough apples on a homestead

There are a lot of wild apple trees in the woods around us. These trees along with occasional rock piles are the last remaining signs of the homesteads that once stood there. I have no idea what varieties we have growing wild but they are misshapen, all natural and quite tasty (most of them anyhow).

We often toss apple cores into the woods in hope that a few will sprout someday but we’ve never really thought about planting from seed. We have an orchard with 3-4 year old root stock that we bought. Those trees will be several more years before they are producing. A seed will take eight years or more. I really do wonder If I can pull this off! 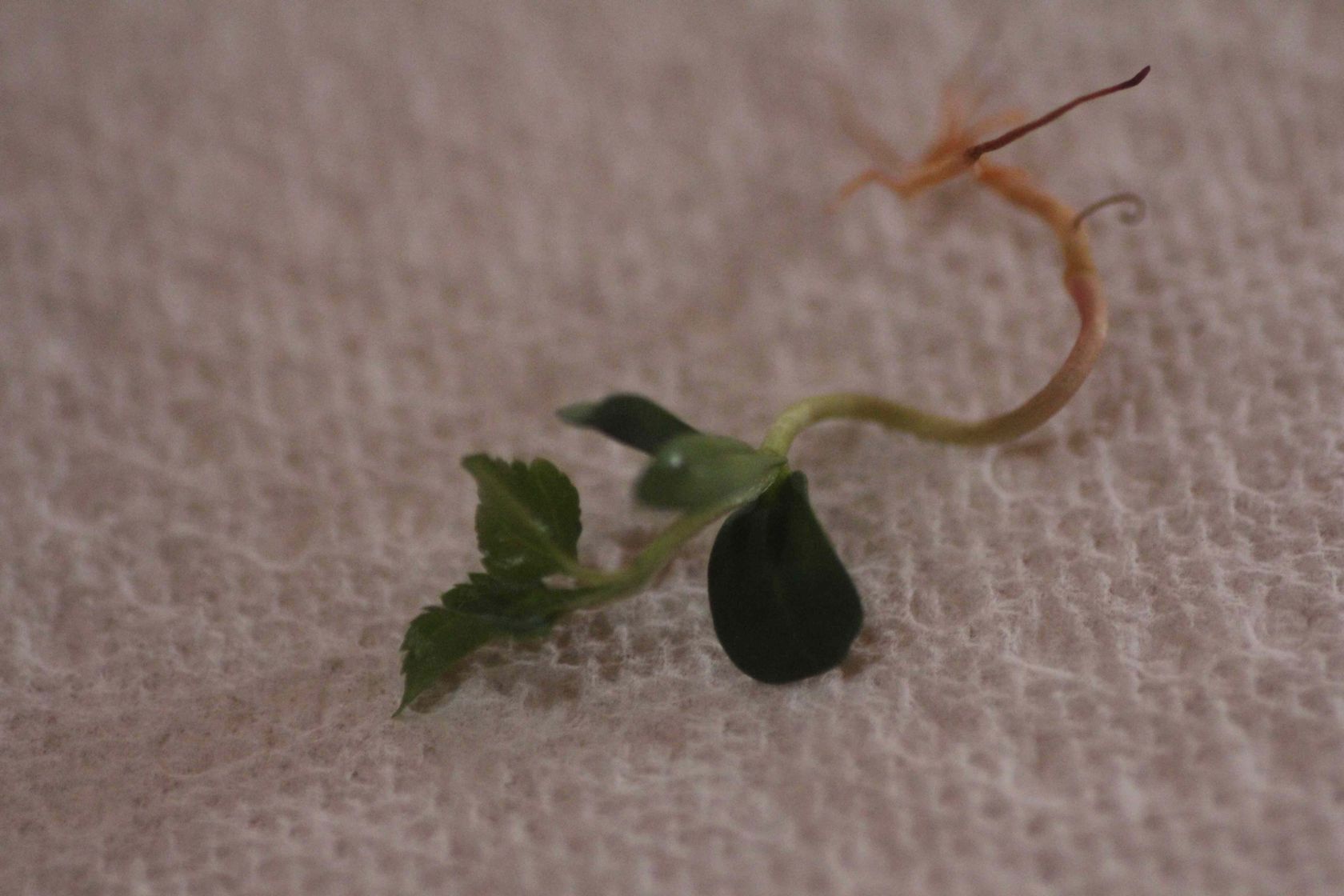 I’ve done some reading and here’s what they have to say about growing apple trees from seed Penn State Extension. Our neighbour did the simple stratification method that I describe in this post: Heirloom Seeds Part 7 – Seed Stratification. It’s pretty easy really. You are just putting the seeds in a moist towel, inside a ziploc bag and refrigerating them for a while. This mimics the winter dormancy that some seeds require before they will germinate. We have all kinds of seeds going through their stratification period in our fridge right now.

Contrary to what the Penn State suggests, it only took a few weeks for this seed to sprout. It all comes down to luck sometimes! I have some reading to do on how we’ll keep this seedling growing happily into a tree. This is a first for me. I’ll just try to keep it alive and see what happens when spring arrives!

This recipe was originally featured on Steemit. You can join a great homesteading community & enjoy a whole new way of blogging and social media. Steemit is a  blockchain-based rewards platform for publishers.

2 thoughts on “Growing Apples From Seeds: What You Should Know”