There’s nothing like a good caesar. Substantial, unique, and with huge presence, it’s a Canadian classic.

For those who drink them, a good caesar is a highly satisfying affair. Not everyone can make a good caesar: to do it right takes time, and a little bit of skill.

It’s a very versatile drink: suitable for a cool evening, a hot afternoon .. and any hour of the day, any season of the year. Because of the vegetable juice content, you can drink a caesar in the morning and not feel badly about it: it’s basically equivalent to your standard healthy vegetable or fruit juice, plus or minus here and there.

No matter the hour, the right time for a caesar, is now.

Unlike similarly complex drinks, real bartenders actually like making caesars. They are a bit of a hassle to make, but it’s an opportunity to show skill. Like the martini, the caesar is one of those drinks that a bartender is judged on. Not everyone can make a good caesar, never mind a great one, and the difference between a great one and a bad one is large indeed.

I was first introduced to making them as a child of, say .. eight or ten. I was occasionally asked to make them for my parents, and for my fathers parents, when they would gather for cards. Along with the classic rye and coke, it was their staple drink. They’d sit around for hours, playing cards, laughing, trading small poker pots, sipping cocktails. Good times.

I still remember getting “agitated instruction” the first time I made one. “Ten years old and he can’t even make a decent caesar. Who raised this kid!”

I later tended bar for awhile, and was taught how to make a “proper caesar”, which was actually almost identical to my childhood recipe. More ice, slightly more worcestershire. 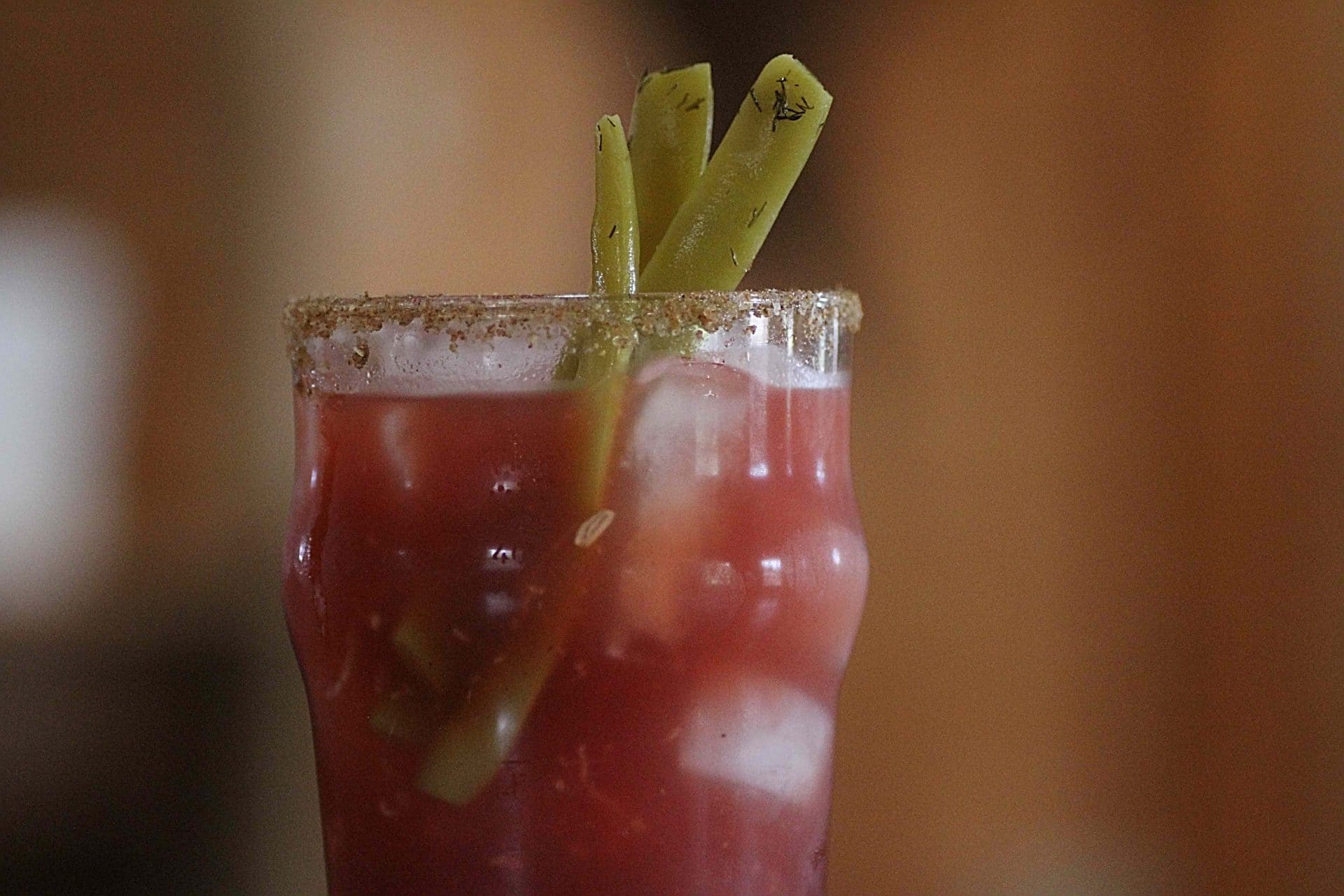 In terms of glassware, it doesn’t matter. The caesar transcends glassware. Traditionally it is served in a highball glass but you can make do with anything. Personally, I like making them in pint glasses that come out of the freezer. If you’re going to go through the trouble of making this drink, make it BIG.

Once you’ve got your glass, rim it with a wedge (not slice) of lemon or lime. You want a nice wet band all around the rim. Once you’re done that, rub the rim in celery salt, ensuring you get consistent coverage around the entire rim. You can get specially made salt holders, but most mortals just pour a little celery salt into a small plate. When you’re done rimming the glass, squeeze the lemon/lime into the glass and drop the remainder of the fruit into the glass. It will get buried under the ice, once we add it, continuing to add flavor to the drink but not bothering the drinker by bobbing around at the top of the drink. Some people serve the wedge on the side of the drink: this is a mistake. Squeeze it out and throw it in: don’t make the drinker work!

Pour in your vodka. A standard drink calls for one ounce, but depending on the size of your glass, you may want more. I like to add a wee bit more than an ounce, to give the drink a little more bite. This is easy to overdo though, and you don’t want a caesar that is just a vodka bomb. You want to taste the booze, not be assaulted by it.

In terms of vodka type, I say use “the cheapest shit you can find”. By the time you are done making a caesar, most nuance of any vodka is going to be obliterated. “Ultimate, charcoal virgin filtered smoothness” gets the hell beaten out of it by Tabasco and his mate, Worcestershire. Cheap vodka tends to have more bite, and more flavor, than the more expensive ones; it stands up better.

Smirnoff is my favorite for this: I’d not want it in a vodka tonic or martini, for example .. but in a caesar, it really shines and bites through the rest of the drink. To me, a good caesar must have different kinds of bite, and a harsher vodka will help give the alcoholic bite.
Worcestershire (Important!)

Start with the worcestershire, and pour a HEALTHY amount in – fifteen or twenty drops (I just pour a stream but that is hard to quantify.) This is one of the keys to a good caesar. You don’t want a couple drops: you want a lot. Someone watching you make the caesar should say “Wow, that is a LOT of worcestershire.” If you skimp on this stuff, you will develop less body to the drink .. it will taste anemic. Bad caesar’s are often the result of not enough worcestershire: they taste watery, and the Tabasco comes out too much.

Once you’ve got that in, move on to the Tabasco. Go easy here .. unless you want that extra spice. Because you’ve got a tonne of Worcestershire in the drink, you can scale up the amount of Tabasco without worrying about the flavor. Three or four shakes of the Tabasco bottle is a good base amount — anything more and you’ll start to ratchet up the heat, and the Tabasco will start to take more center stage.

Add a little celery salt. Just a little dash. You can skip this step if you want, as the salted rim provides plenty of salt. At this time you can also add salt/pepper, to taste. 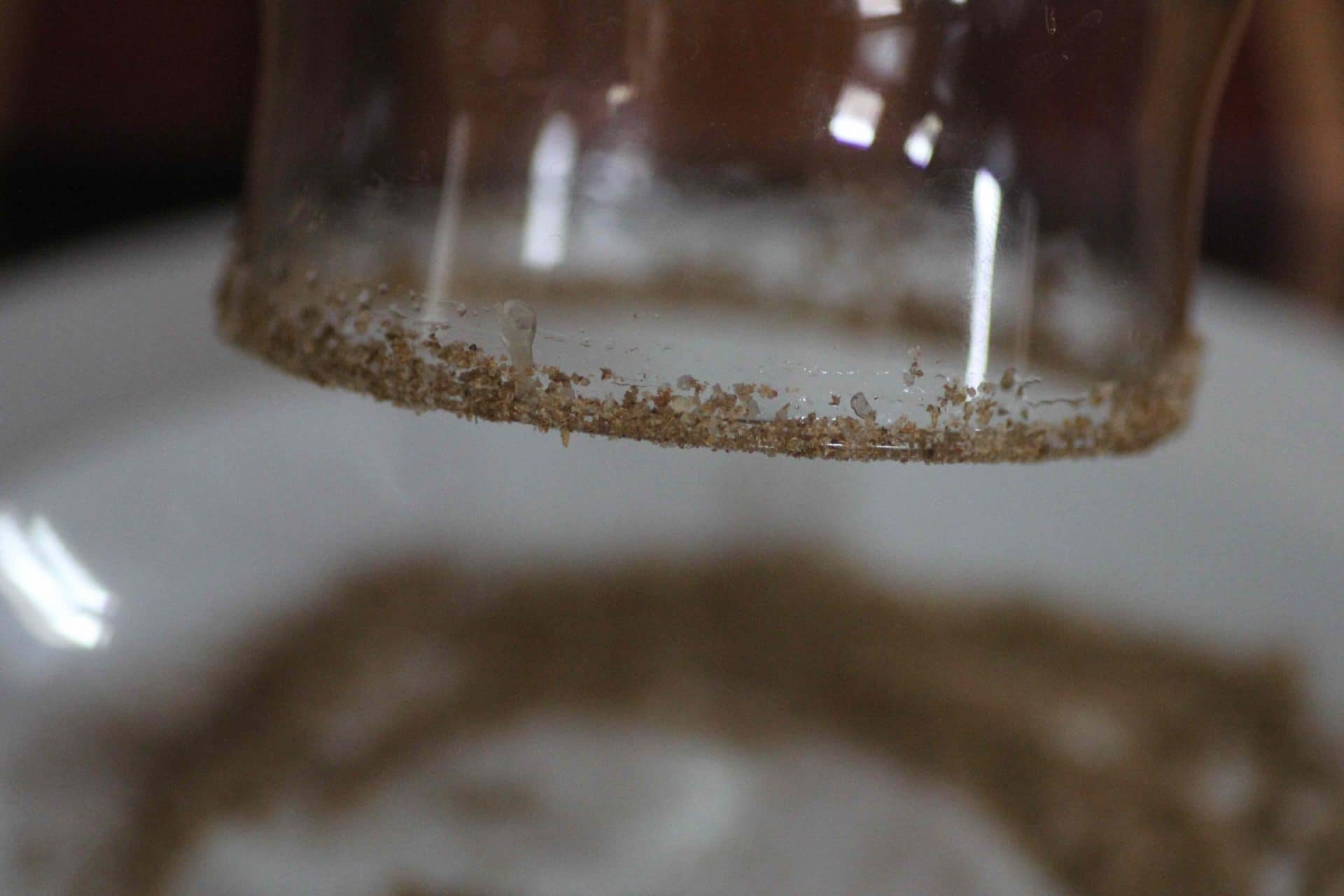 Finally, if you can get it, add some freshly ground horseradish. If you don’t have fresh, get the bottled stuff. ANY horseradish is better than no horseradish. How much do you add? Depends how brave you are, how serious of a kick you want. Personally, I put a lot in. At least half a tablespoon. Horseradish is THE ingredient, in a sense, and will turn your tasty caesar into a fire breathing rock star.

Make your own horseradish sauce

Here’s our recipe for making your own fresh horseradish sauce. It beats the store bought kind hands down. Once made it will last in the refrigerator for a good year (ours never lasts this long). 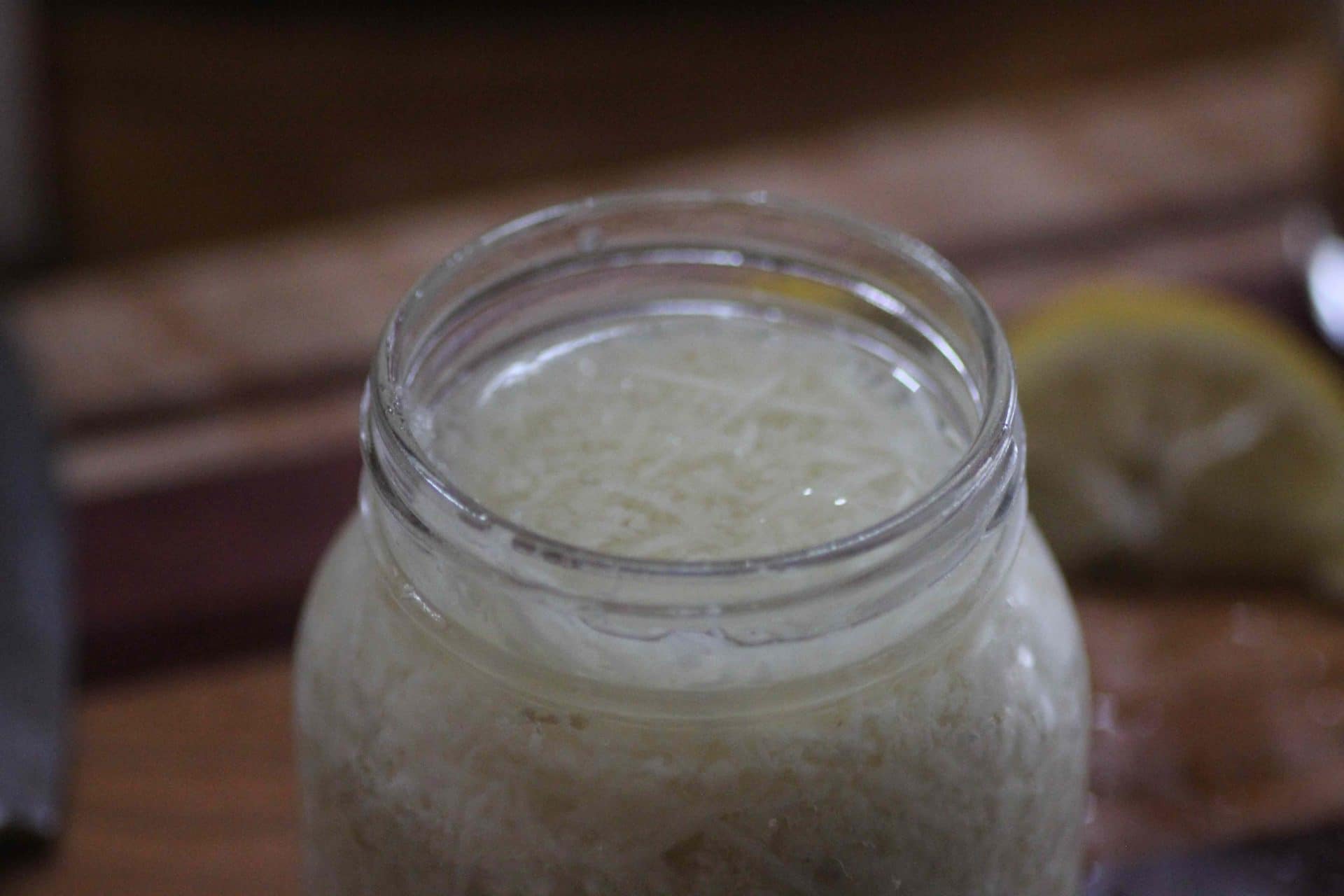 Add your ice, careful not to damage your salted rim. Personally, I suggest filling the glass full of ice, though some prefer less.

Add Clamato juice, and fill up the glass. Stir everything really well: little bits of horseradish should be floating everywhere, like a wonderful little alcoholic snow globe. If you substitute tomato juice for clamato juice, you will instead be making the classic “Bloody Mary”, perhaps the ultimate “hair of the dog” drink. One key difference is, the bloody mary is not generally made with ice: just chilled tomato juice. 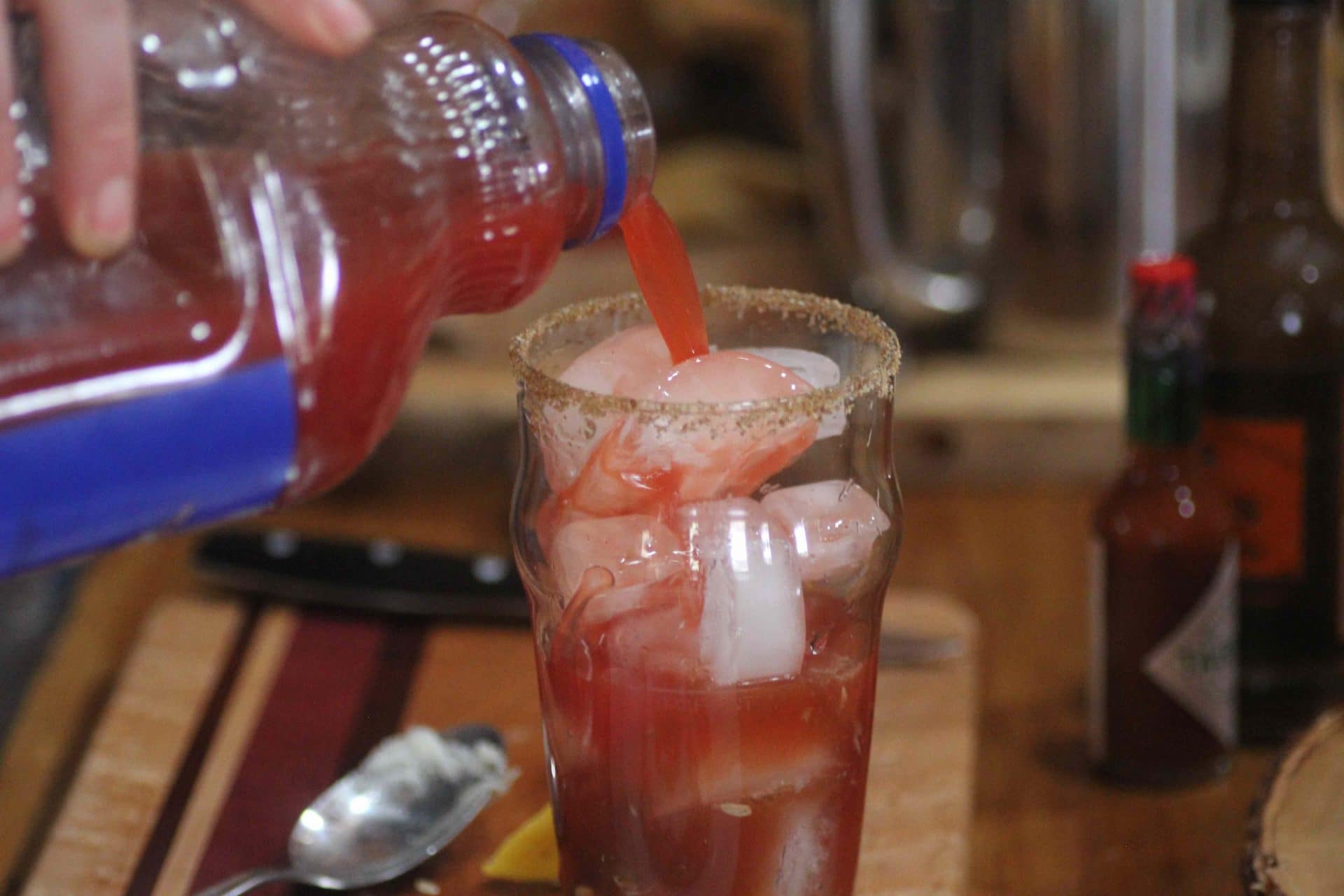 One last step: the garnish, which for a caesar, must be edible. The traditional garnish is a slice of celery, which, you can’t go wrong with. It’s definitely out of fashion, but who cares about things like that, eh? You could also go with a pickled bean, or one of a hundred other things. That’s probably my favorite .. the pickled bean.. about four pickled beans, actually.

As it so happens (or more accurately, because we timed it this way), my wife has just posted an article on how to make pickled dilly beans. It’s not hard: you can probably do it, especially with a couple caesars in you for courage.

Whatever you choose, stick it in the glass, drink up, and congratulate yourself on a job well done. Where I come from, Northern Canada, it is tradition to drink the first caesar very rapidly: it’s seen as an insult to the host to not down your first caesar, and if you made it yourself, you are your own host. So, drink that first one very quickly, and then make your second.

How do you know you have it right? That first sip is an assault on your palate. Somethings happening, of that there can be NO DOUBT. The immediacy of the salt gives way to the spicy smell of the horseradish, which gives way to the liquid itself: a fortified clamato, salty and spicy, richly dark. Before it’s over, the vodka raises its flag, the tobasco stings a little, and you’re left with no doubt that you’re drinking something made for adults. It should burn, but pleasantly so. Before you’re done, you pick up a hint of citrus. You should be left wanting more.

Upon setting the glass down after that first SIP, your first though should be “I need to immediately have another sip.” Upon finishing the first DRINK, your thought should be “who’s making the second round?”

If your drink meets the above criteria, congratulations: you know how to make a decent caesar. If not, keep at it. The best caesar makers had to start their craft at a very young age and have honed their skills over many years, so don’t feel bad if your drinks don’t quite match up. 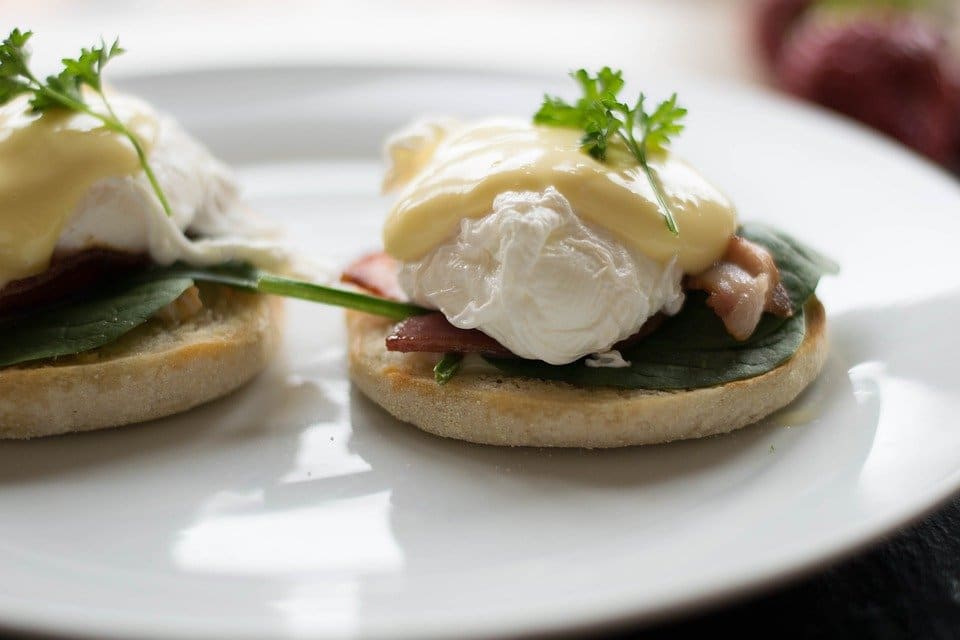 If you are a brunch type person, try adding a caesar or two into the mix. Few meals are as enjoyable as a fancy brunch with a couple fiery caesars. Eggs Benedict and a caesar is a great meal; the drink elevates the eggs benny, if such a thing is even possible. Smoked salmon benedict and a caesar? Easily one of the ultimate breakfasts of all time.

If you do this in a restaurant .. order a brunch caesar, that is .. rest assured that your actions will let your server and the surrounding tables know that “you know where it’s at.” Because you do, hep cat that you are.