Read about our experiences with raising hybrid broilers. We share the positive and negative aspects of these chickens so you can decide for yourself if they are a good match for your homestead. We talk about their appetites, leg issues, growth and so much more. If you are deciding on what chickens will best suite your homestead you’ll want to give this a read.

These adorable chubby chicks are Lohmann Broilers. Broilers are basically the roosters that have been separated out from the layers. This breed was developed in Germany. At two days old they weighed about 2 ounces and were already demonstrating their famous insatiable appetites. I think if we had let them they actually would have eaten themselves to death.

What Is A Hybrid Chicken?

Hybrid Chickens are basically “high performance” chickens, produced by crossing a number of breeds in order to obtain specific desired traits. Much of this work is done in a laboratory where the genetics are patented to control profits. Commercial chickens are developed to deliver extra meaty breasts and accelerated egg production. These qualities are desirable, however, these genetic alterations are often attained at the expense of the well being of the animal. Also, much like GMO seeds, hybrid birds don’t breed well so you end up buying new chicks every time you want to raise meat birds or expand your egg laying flock.

Are Hybrids Really All That Bad?

This was our first venture with hybrid chickens. If you want to know why we selected the Lohmann over the Cornish X. Leghorn or other hybrid variety it was because that was the only option that our feed store offers. They are hatched locally and we figured the less travel and stress they have to endure the better. The reason we chose to try as hybrid rather than sticking with heritage chickens was to experience raising them. I am very “pro heritage” and someone called me on the fact that I really should walk the walk before having such a firm opinion. So I did.

As I mentioned earlier these chickens have insatiable appetites. They also drink a LOT of water. I spent a lot of time cleaning and changing their wet bedding. We had them on a controlled diet with feeding’s spread out through the day. The reason we chose to control their food consumption was to prevent leg issues. Hybrids are famous for becoming too heavy for their legs to support and they develop issues like “splay leg” which basically means they are crippled. We figured we could prevent this from happening but in the first ten days we lost eight this way.

It is fascinating to watch the growth and development of a hybrid chicken. The changes happen so quickly that it’s almost like you can simply stand there and watch them grow. Here’s what they looked like at eight days old. The first photo in this post was taken at two days old. 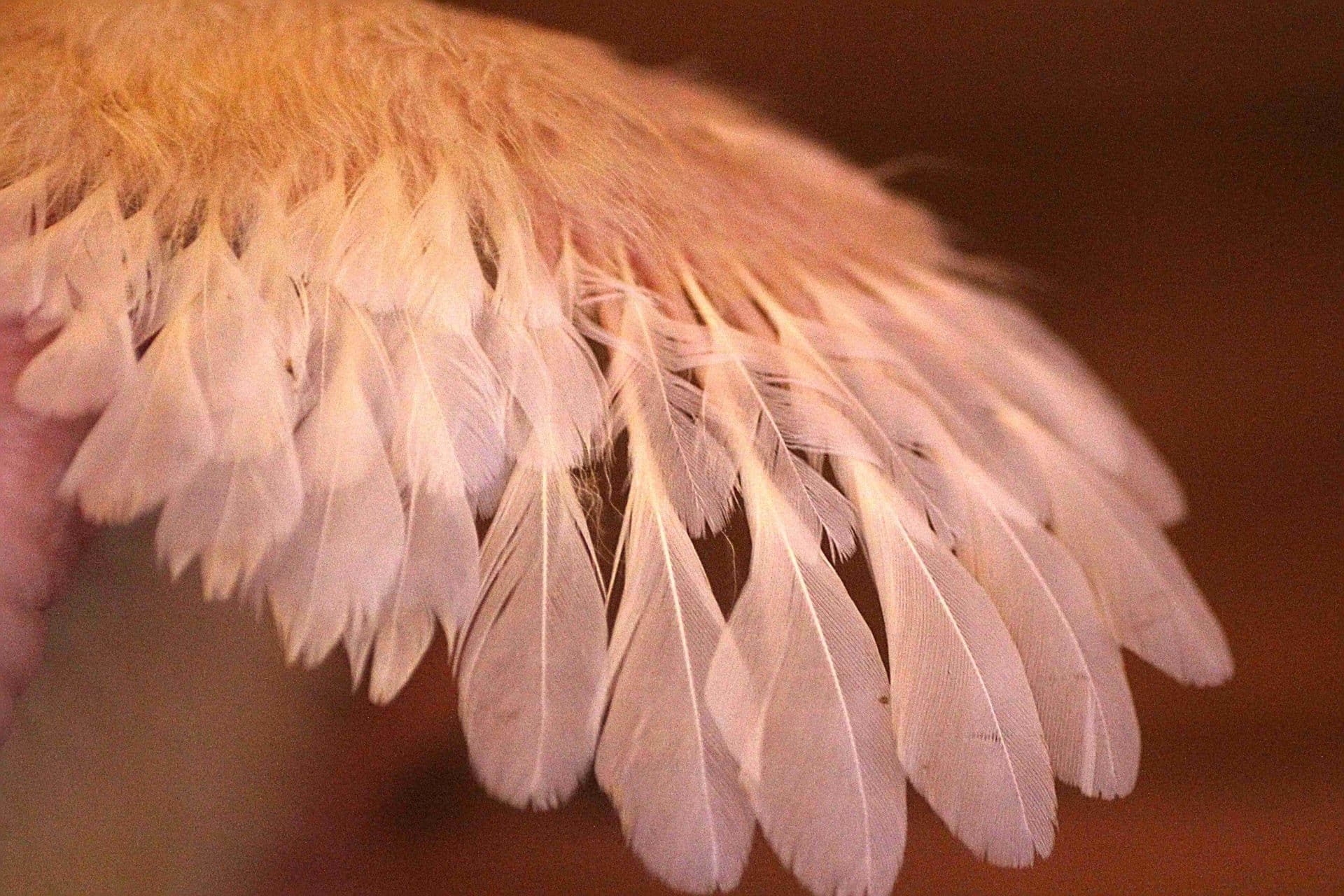 Unfortunately with rapid growth comes some potential for serious disfigurement. I would see one dragging itself across to the feeder and we would have to give it the mercy of a quick death. I found this terribly upsetting. We were doing all of the correct things to prevent this. Avoid overcrowding, clean bedding, rationed feed and so on … I just don’t like to see an animal suffer.

Hybrids In A Pasture

We kept the chickens in a pasture with shelter and hoped they would move around a bit and exercise and stay healthy. They enjoyed basking in the sun but their main choice for exercise was moving from the food to the water which we intentionally spaced far apart so they would have to move around. The hens were in an adjoining section of the pasture and would squawk and bicker at their new neighbours trying to get their attention but the hybrids were completely oblivious to the hooligans next door. I hoped that they would enjoy foraging like the hens do every day but other than the occasional peck they weren’t that interested. These are strange birds indeed.

Anyhow. We took the chickens to the local Jolly Farmer to have them processed and we received back 30 beautifully packaged whole chickens ready for the freezer. We raised them on organic feed and when all was said and done we saved money and stocked up the freezer for winter.

If you are wondering why we didn’t butcher them ourselves the answer is that I didn’t want to do it. I am the lone vegetarian in my family. I’ve had this affliction for decades. I just could not see my way to butchering and processing 30 of these birds. I’ve been part of the life and death cycle around here. We’ve slaughtered our pigs, a few roosters and such so it’s not that I don’t take responsibility for the animals that we raise but butchering them is just too much for me. We’ve all got our limits I suppose.

Will we raise them again? What are the alternatives?

I think we might give it a pass for now. We have some Barred Rock hens and they are quite a large bird. They are known as a dual purpose breed so we could get a rooster and start breeding them. This would offer far more self sufficiency than having to buy new chicks each year. There are a variety of dual purpose heritage birds to choose from: Wyandotte, Welsummer & Rhode Island to name a few. 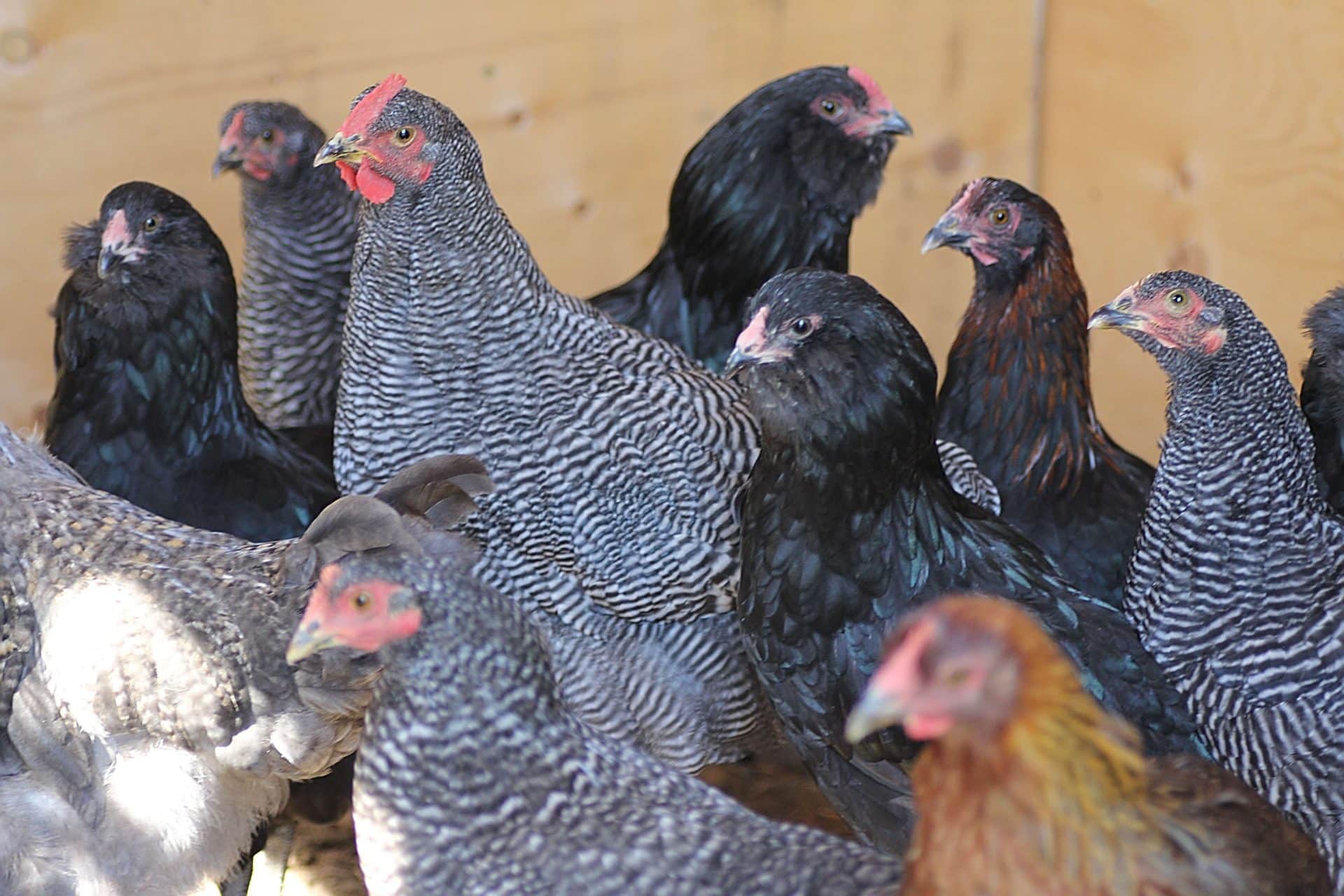 In conclusion, hybrid chickens are not for everyone. For those that it doesn’t suit, there are options. Each of us has to weigh the benefits and decide for ourselves if these creatures have a place in our life. I find the idea of science altering the DNA of a creature for our benefit quite reprehensible yet for better or for worse these chickens are here to stay. They surely had a better life on this homestead than they would have in a cage but the truth is, I am not sure that these particular chickens would have cared either way. I like to think that the sunshine on their faces gave them pleasure.

We are living in strange times. I wonder what my grandmother would have thought of these birds? Do you raise chickens for meat? What varieties do you prefer?

2 thoughts on “Raising Hybrid Chickens on The Homestead”