I am holding a silver feather broach in my hand, a gift that’s been handed down in my husbands family. It feel like such an honour to have received it.

I don’t often feel attached to objects but this is something special. I keep picking up this broach and holding it – running my fingers along it and reflecting on why this feather means so much to me.

Birds are revered as bringers of messages and symbols of change & freedom. I think that is why I am so strongly drawn to this broach. I am always looking for the meaning in things. Life experiences have taught me that when it comes to feathers and in my case: ravens specifically, I should pay attention.

Strangely enough, as I was writing this and contemplating my connection with this feather and the the raven, I got a call from my son. He had a pretty bad day today – lost his job. Although this is not usually considered a good thing, I’ll admit I felt some relief. I have been worried about him lately. The environment he was working in was not healthy. It was not a good place to be. He was being given signs that he should not continue working there but as many of us do, he pushed on anyhow. I think unwilling to be ignored, the raven has spoken. Change, freedom, growth, happiness: these things are calling to my son. I’m just sad that he had to suffer a bad situation before seeing this.

A love for Ravens 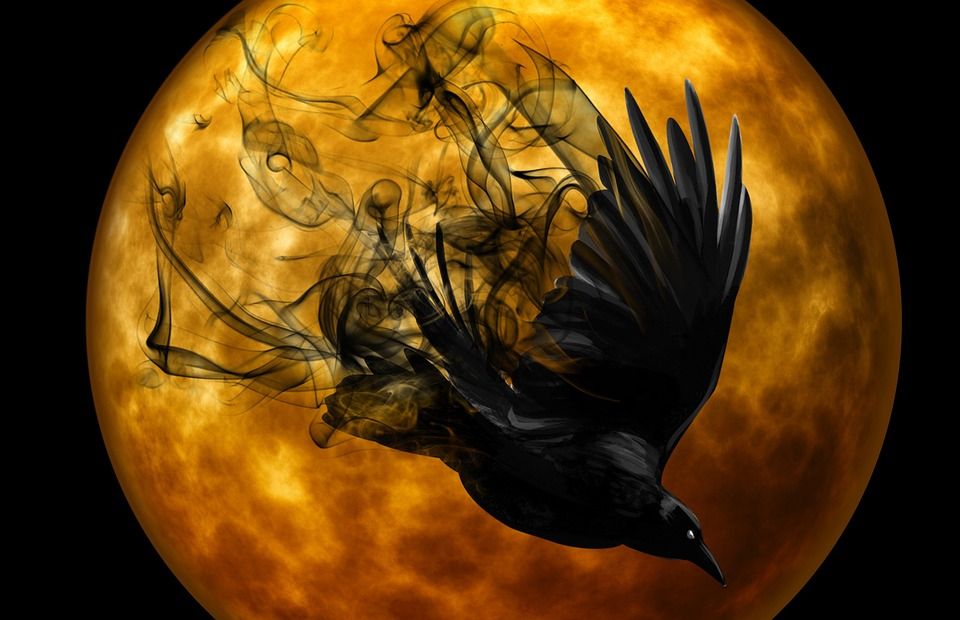 Not many people are likely to exclaim that they respect Ravens, but I do. I enjoy their spirited mischief and confident presence. They are quite beautiful to watch while they are in flight. There is also a deep spiritual significance that I’ve always associated with them. I grow up believing they are the spirits of the first nations peoples ancestors. Although I am not First Nations myself I have always respected the raven because of this. They are recognized as a deeply symbolic creature throughout many cultures across the globe, so there must be something to this right? It’s all quite fascinating.

The Raven has quite the reputation as a scallywag and nuisance. They are smart birds with a complex vocabulary. I used to love observing them while they were hanging out on rooftops like a pack of teenagers. One group would sit on one rooftop and another on a rooftop a fair distance away. They would basically spend the afternoon conversing loudly with one another by yelling to each other from across the roof tops. Some people didn’t appreciate this but there really isn’t much you can do – ravens are protected.

They are also sneaky (or so they think) and work together. I’ve had one distract me only to have the other steal food from my shopping cart while I was loading bags into the truck. When you are aware of their antics you can really play with them and turn it into a game. When you scold them and tell them to shoo, they’ll sometimes do this strange attempt at mimicking you back. It’s really neat.

While driving away from my home town towards a bold new chapter in our lives. I was in tears, quite heartbroken really. I was filled with anticipation of the road ahead while also mourning what and who I was leaving behind. I was feeling panicked as the enormity of our decision truly struck me. As we drove, I noticed that every so many miles, a raven would be sitting there on the site of the road. As our vehicle passed, our eyes would meet and the raven would sit and watch us pass. This happened the entire three days of our trip and I found this experience to be very comforting and reassuring. It was as though they were guiding me to our new home. I know a person could chalk this up to “ravens are common by roadsides” but … for me it was a sign.

I wanted to know what the ravens might have meant to me symbolically on my journey south and I really enjoyed reading this article: “The Raven by Susan Morgan Black” Here’s what the article says about raven symbolism:

“Raven is a contrary spirit. On the negative side, Raven represents the profane, the devil, evil spirits, the trickster and thief, war and destruction, death and doom, the void. Yet in many cultures Raven also represents deep magic, the mystery of the unknown, death and transformation, creation, healing, wisdom, protection, and prophecy.” 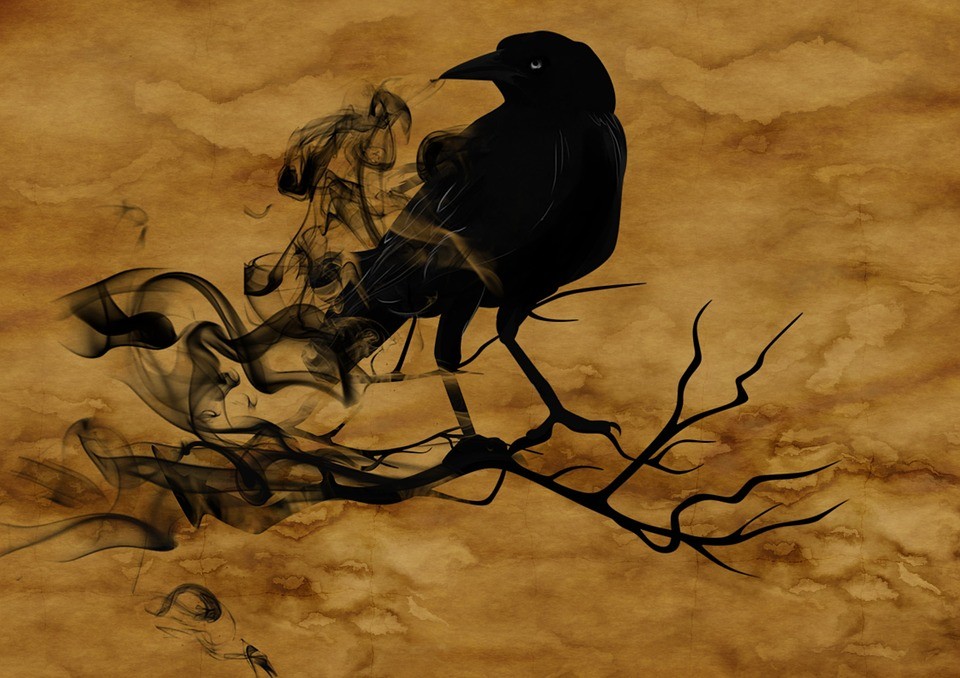 Ravens are recognized as a deeply symbolic creature throughout many cultures across the globe. Here are a few of the stories.

The Tower of London

According to the stories that date back to Victorian folk lore It is said that the kingdom will fall if the ravens ever leave the fortress. This tradition of keeping ravens at the tower is still carried on today.

The Haida tribe tells a tale of how the raven discovered a humans in a shell and then became attached to them. Though a glutton and trickster by nature, he would again and again provide for these creatures he found in the clamshell. In time he would bring them the sun, moon and stars and teach them to fend for themselves and survive. Source

Within the Bible, Genesis tells that after the flood waters receded, the raven was the first bird Noah sent out from the ark to find land.

Odin: Ruler of the Gods

In Norse Mythology the Viking god, Odin, had two ravens: Hugin (thought) and Munin (memory). They flew around the world every day and reported back to Odin each night about what they saw.

Throughout our day to day life, I believe that we are often given guidance in the form of a sign or omen. When we are rushing around we are often just too busy to pay attention to the signs we are receiving. When you need clarity, slow down and pay attention. The signs are everywhere. You just have to be willing to listen.

Have you experienced any signs or omens?