For thousands of years, scarecrows have been part of the global rural landscape.

There are accounts of scarecrows from Egypt, Greece, Rome, Japan, Britain and beyond. Modern technology has replaced the use of traditional scarecrows but we still honour this age old tradition on our homestead. It makes me happy to do so.

Each spring it is our tradition to dig into our rag bag and clothing cast off’s and dress up our homestead scarecrow for the coming season. We look for things that are shiny, sparkly and bright recognizing that these things together with the human like figure can help keep the birds from raiding our freshly planted seeds.

Truth be told, even if the scarecrow proved ineffective we’d still have once because it’s become a tradition that brings us joy. I believe that they work even if it’s just to lift the spirits in the garden. The critters certainly appreciate the straw in the winter and inevitably we have to re-stuff and shape each spring.  Children that visit our homestead also delight in it’s presence. 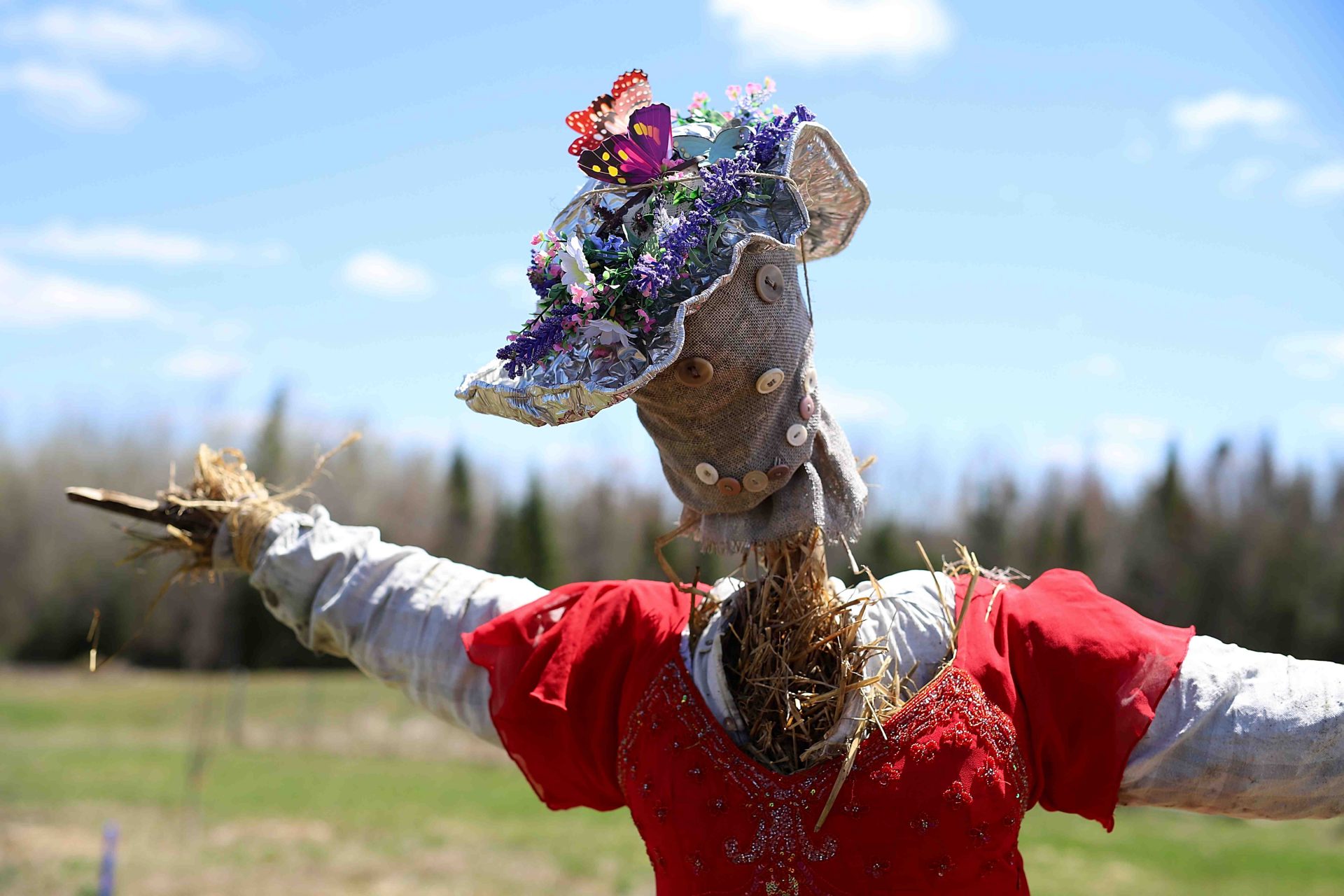 Dorothy: How can you talk, if you haven’t got a brain?

The Scarecrow: I don’t know. But, some people without brains do an awful lot of talking, don’t they?

Dorothy: Yes. I guess, you’re right. ~ The Wizard of Oz

If you enjoyed this you might also like a few of our other DIY/Crafty type posts including: DIY Rustic Chicken Tunnel & Fencing, Homestead Life: New Arbour, Stubbornness & Love For Sticks & Twigs, Upcycled Outdoor Kitchen.

Do you have a scarecrow in your garden?

Go Ahead and Eat Your Dandelions (Recipe Included)

Plant Magic: Natural Medicine All Around Us

For the love of lavender: History, Aromatic &...

Weeds and What They Tell Us